Humans have always been fascinated with space and what might be out there, especially the possibility of finding another intelligent species. We do not often, however, consider the ethical implications of reaching out to such a species. As technology to listen, and perhaps broadcast, to further and further away places advances, the debate over the ethics of making contact with extraterrestrial life becomes increasingly important. Should we be trying to communicate with other species that might exist in space? If so, what should we be saying? Who should be deciding what our message should be? We spoke with Jill Tarter, Pete Worden, and David Brin to learn more about the search for extraterrestrial intelligence and the ethical and policy issues that surround it.
Dr. Jill Tarter is the former director of the Center for SETI Research. She has spent her entire professional career on SETI and is easily the best-known SETI scientist. She graduated from Cornell and went on to get her PhD from UC Berkeley. Since graduate school, she has been involved in various SETI-related projects. She was the Project Scientist for the NASA High Resolution Microwave Survey and later lead Project Phoenix. She is also an adviser to the Breakthrough Prize Foundation's Breakthrough Listen initiative.


Dr. Pete Worden is the Chairman of the Breakthrough Prize Foundation and the former Director of NASA’s Ames Research Center. He got his PhD in Astronomy from the University of Arizona and then served in several positions within the US Air Force, including Commander of the 50th Space Wing. He served twice in the Executive Office of the President. He was later a Research Professor at the University of Arizona before joining NASA. He has been a strong proponent of small satellite technology and of exploration beyond our solar system and is well known for speaking his mind, even on controversial topics.
Dr. David Brin is an award-winning author, scientist, and futurist. He has written 16 science fiction titles, including New York Times bestsellers and Hugo award winners. He has also published three nonfiction books. He serves on the external advisory board of NASA's Innovative and Advanced Concepts program.

Why should the general public care about SETI?

Jill Tarter and Pete Worden agree on the fundamental importance of searching for extraterrestrial life, however they see the motivation somewhat differently. To Dr. Worden, it is about striving to understand our universe. Only by continuing to explore and probe deeper into space can we answer fundamental questions about the world we live in.
PW:  It is, in my opinion, a fundamental question of science. There’s two of them, and they’re both metaphysical questions: one is the origin and structure of the universe. And the other one is the origin and evolution of life. I can’t think of more fundamental science questions. And both of them relate to religious concepts. In fact religion and spiritualism is an attempt to answer those. And I think an equally legitimate one is science.  They really need to go hand-in-hand. These are the fundamental philosophical questions of humanity, they’re not sort of esoteric distant questions. They’re on your mind from the moment you become aware to the moment when you cease to be aware, I think. Maybe at the moment you cease to be aware they’re even more important.
To Dr. Tarter, however, there’s a more human-focused motivation for the project: finding ways to foster collaboration among all of humanity. Searching for other intelligent life is not just about the life we might find, but about better understanding ourselves and learning how to see ourselves as Earthlings rather than nationals of any specific country.
JT: Are we or are we not going to have a long future on this planet? There are lots of ways we can see the answer to that is no. It seems we are doing everything in our power to trash the place, and we find all of these trivial differences amongst humans to shed blood. I think that thinking about who we are in the context of this one planet and being an Earthling as opposed to a Californian or an American or Sudanese or South African or whatever is a very important step in the maturation of the human species.
Something else out there that coevolved with a totally different planet than ours is going to be fantastically different than we are. The idea of thinking about life somewhere else, looking for it, it has the effect of holding up a mirror to all of us on this planet. It says, “look in that mirror. You're all the same when compared to something totally independently evolved out there.” So I think it has this ability to trivialize differences that we find so divisive. I think if any current scientific endeavor should be global, I think it's SETI because a signal is not being sent to California. It’s arriving at the whole planet, and it’s the property of all of humankind. I think SETI is the perfect vehicle for trying to get people whose daily lives are different to cooperate together on a project that isn't threatening.
It's a good practice for the type of global collaboration and cooperation that were going to have to develop in order to maintain the planet and limit the population so that we can perhaps enjoy a long future. I think SETI is a good way to get people to open their eyes, think outside of the box. More cosmic perspective helps.
Of course, these are not the only arguments for the search. Dr. Worden is also motivated by what has motivated explorers for centuries - curiosity and the desire for adventure.
PW: If I said this before I’ll say it again – I think the solar system’s boring, there’s no aliens. There might not even be any life! But I’ve always had a very strong interest in nearby solar systems.
Dr. Brin argues that we should see it more like keeping watch for anyone who might show up nearby.
DB: Civilization has been all about expanding horizons. Looking outward to the next opportunity or the next danger. Only then can you get at least a little bit of lead time to prepare. It's entirely practical.

Should we send a message?

If there’s a common theme to Dr. Tarter’s, Dr. Worden’s, and Dr. Brin’s comments, it is that the search for extraterrestrial life is more about humanity than it is about the actual extraterrestrial life. Dr. Worden and Dr. Tarter are both more concerned about the way that humanity will respond than anything else. To Dr. Tarter, part of the point for looking beyond the Earth is to understand that humanity is collectively all in this together. In this way, she echos Dr. Brin’s argument that we never let go of fear, we only move out the horizon on which we look. But in moving out this horizon beyond earth, it becomes possible to set aside our internal conflicts.
Dr. Worden brings up the most complicated policy issue: when any individual actor anywhere in the world could take it upon themselves to send a message that speaks for all of humanity, how do you build and enforce consensus across not just a nation but across all of humanity?
These are questions that even three leading experts have no good answers to. But, as we continue to listen to our universe, there is no way to know when humanity might be forced to confront this challenge. Even if no one decides to broadcast a message again, there will always be the possibility that another intelligent species contacts us. One way or another, humanity will eventually have to confront the question of how to send or respond to messages. As Dr. Worden points out, it is important that this conversation begin long before a message is sent or received. 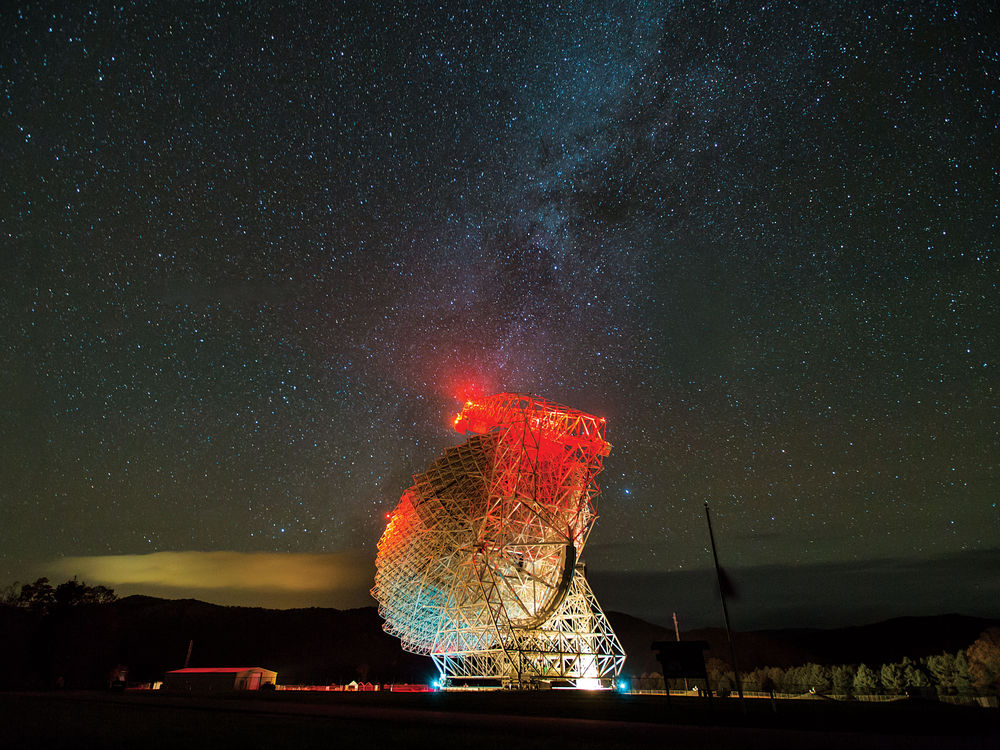