The SSI Mars team seeks to push the boundaries of crewed space missions and pave the way for permanent settlement of Mars and other celestial bodies. Our projects are centered on in situ resource utilization (ISRU), a broad group of technologies which make use of the scant resources on Mars for long-term surface missions. We turn Martian air and soil into fuel and concrete, eliminating the need to launch everything from Earth. At the same time, ISRU technologies can sustainably produce fuel and building materials for use on Earth, making our work a crucial step in fighting climate change. If we learn to live on the Red Planet, we can also save the blue one! 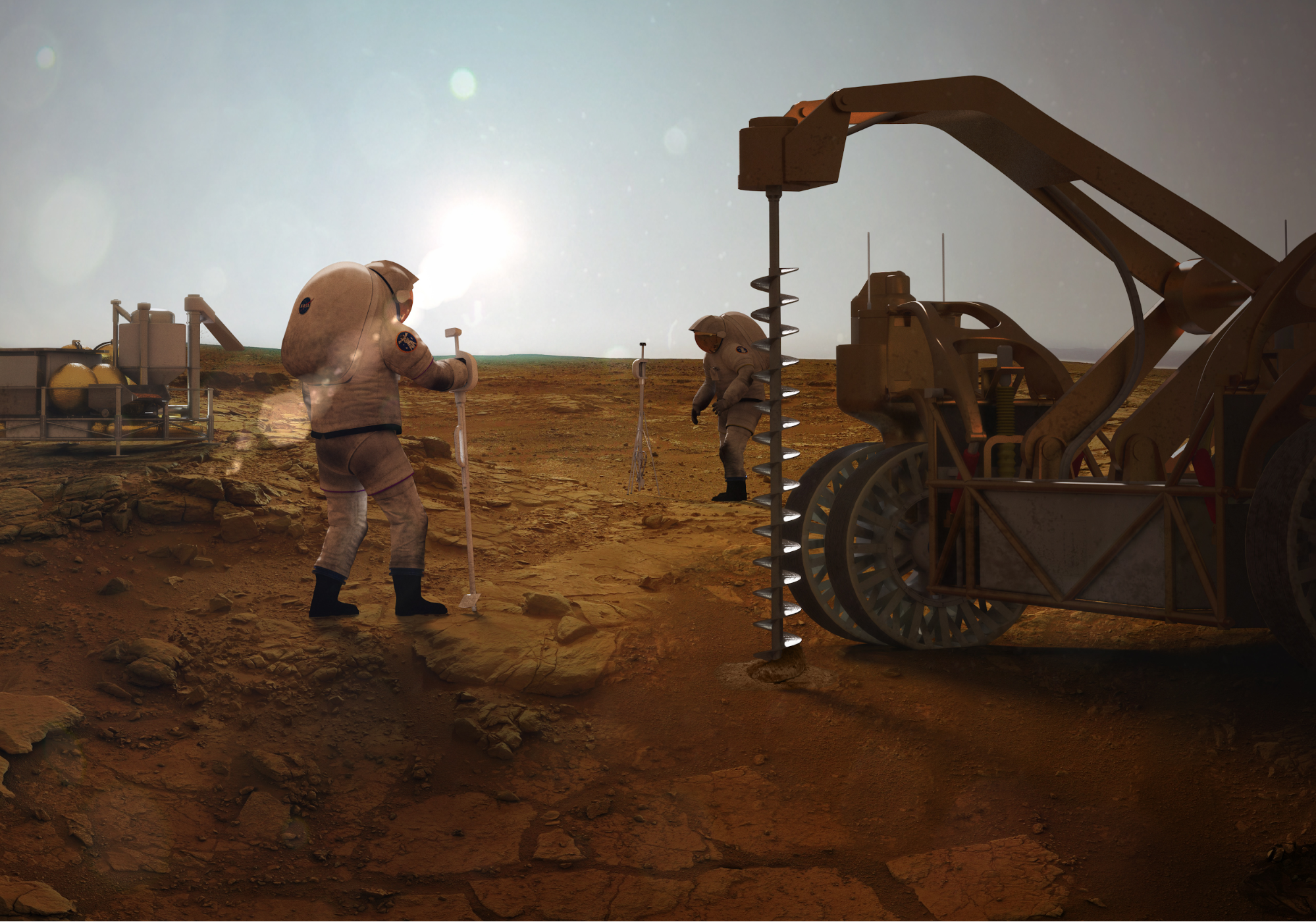 Martian soil is abundant with sulfur in the form of sulfur trioxide. The Mars team is investigating using the element as a binder and the soil as aggregate to create concrete for construction on Mars without the use of water, which is required for standard terrestrial concretes. The material is promising in its mechanical properties, resistance to harsh environments, and ease of production with various sintering techniques. We plan on optimizing its composition and processing for utilization under Martian conditions.

ISRU is focused on identifying sources of needed elements and materials from one’s immediate surroundings. For example, while the Martian surface is barren and desolate, its carbon dioxide atmosphere provides a source of carbon and oxygen while subsurface water ice provides a source of oxygen and hydrogen. Using electrocatalysis powered by solar panels, these two sources allow for the formation of breathable O2, methane for fueling rocket engines, and carbon monoxide for syngas. Meanwhile, Martian soil can be used as an aggregate base for concrete as well as a source for sulfur and basaltic minerals, whose significance is described in the featured projects below. 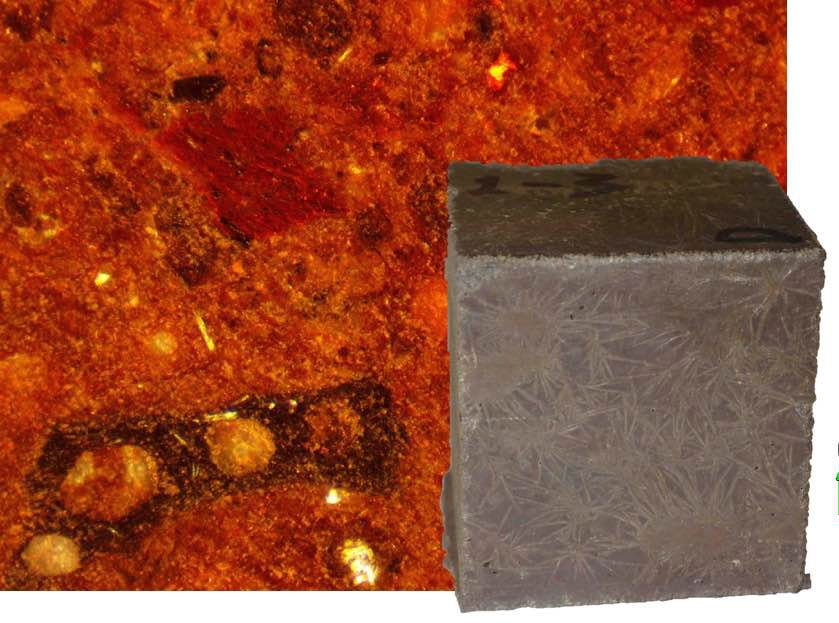 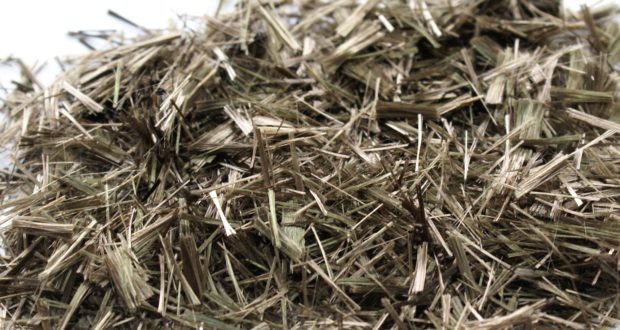 Basalt is an igneous rock that can be melted and extruded to create fibers and rebar. The Mars Team aims to use the basalt from Martian soil as an alternative to steel reinforcements used on earth, which would be bulky and heavy to transport. With Professor Lepech as our advisor, we will be characterizing the tensile and flexural strength in the Blume Lab to test its effectiveness for reinforcing other materials, including sulfur concrete

The Mars team is the latest addition to the SSI community. Join us in starting this adventure! We are always open to new ideas for exciting projects that help us move toward our mission. Some ideas to pursue as the team move forward include automated landing pad construction, Martian wind energy, and electrocatalysis for fixation of the Martian atmosphere into useful chemical feedstocks and materials. 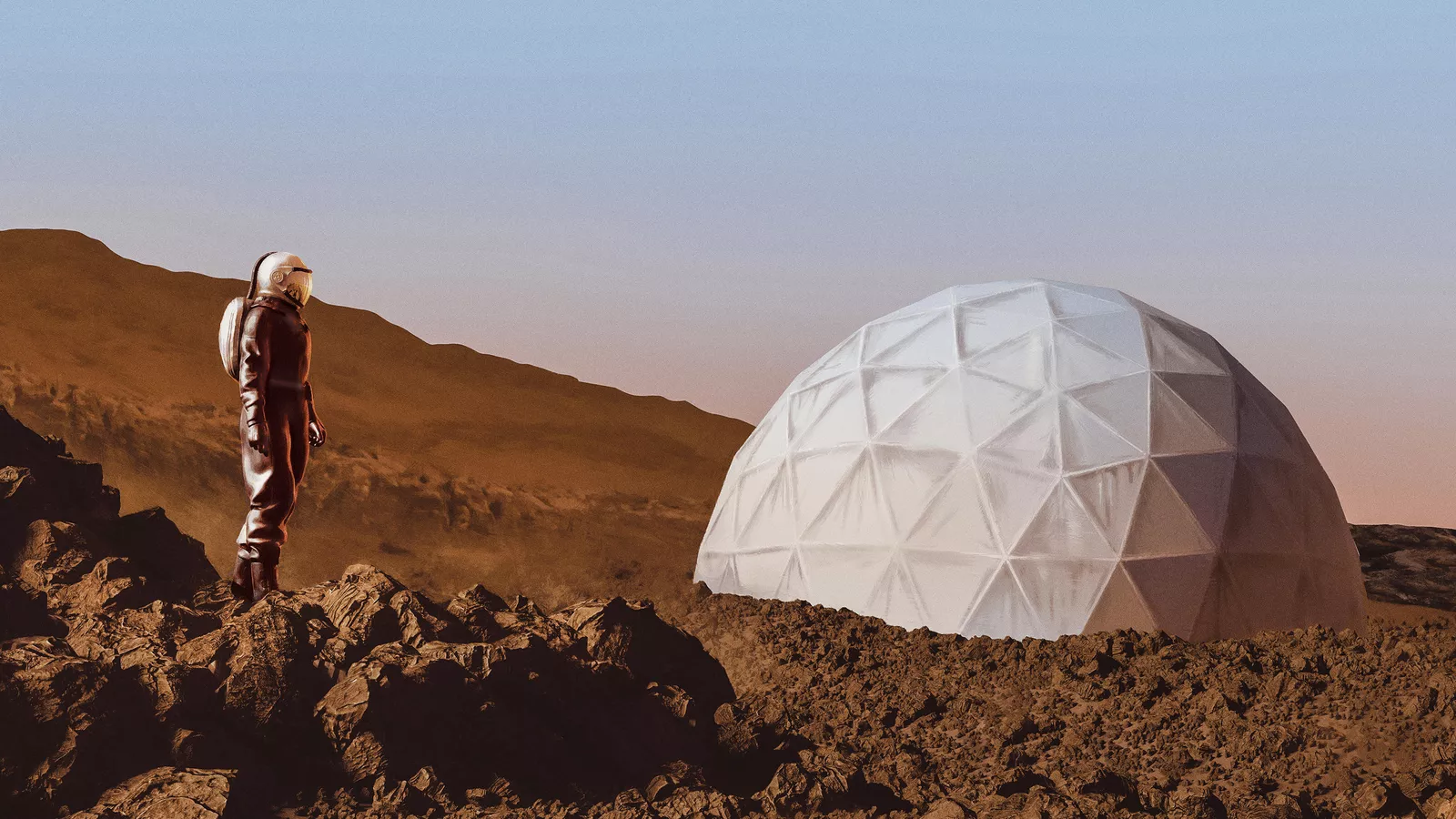