On May 22nd, 2017, at about 9:00AM, we launched our two-time world record breaking, self-equilibrating latex balloon payload, called ValBal (since it uses a valve to vent helium gas to reduce lift, and drops ballast to reduce mass and rise). 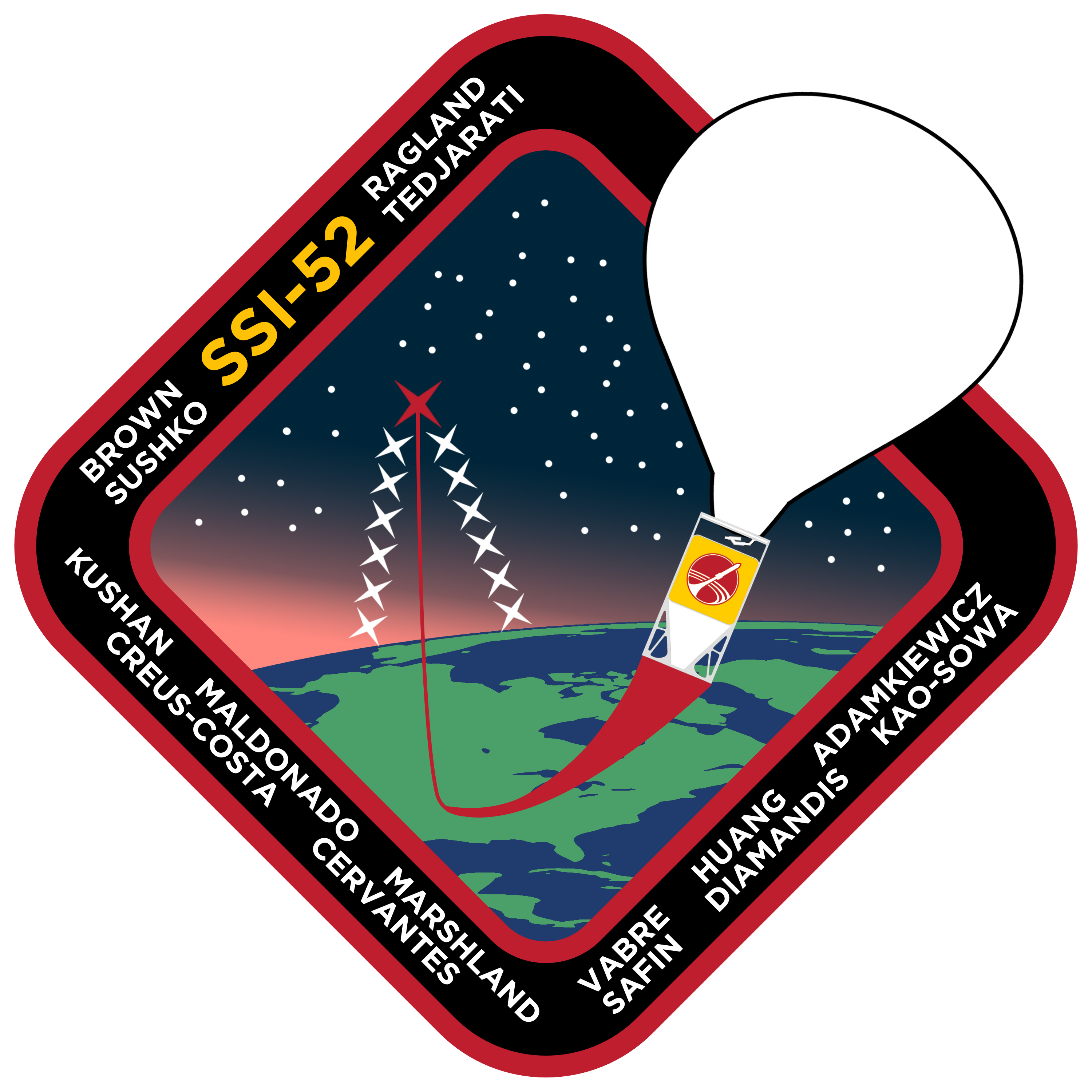 SSI-52 Mission Patch
SSI-52 was our first launch of the spring quarter and our first test of a new generation of avionics, as well as a test of a new polycarbonate mechanical structure.

Though launches usually take multiple hours, we streamlined our operational procedures for this launch so well that we launched only 40 minutes after arriving on site at Brigantino Park, in Hollister, CA.  SSI-52 smoothly equilibrated at about 15 km, even higher than commercial airlines flight paths, and floated east as we all sat on the edges of our seats. 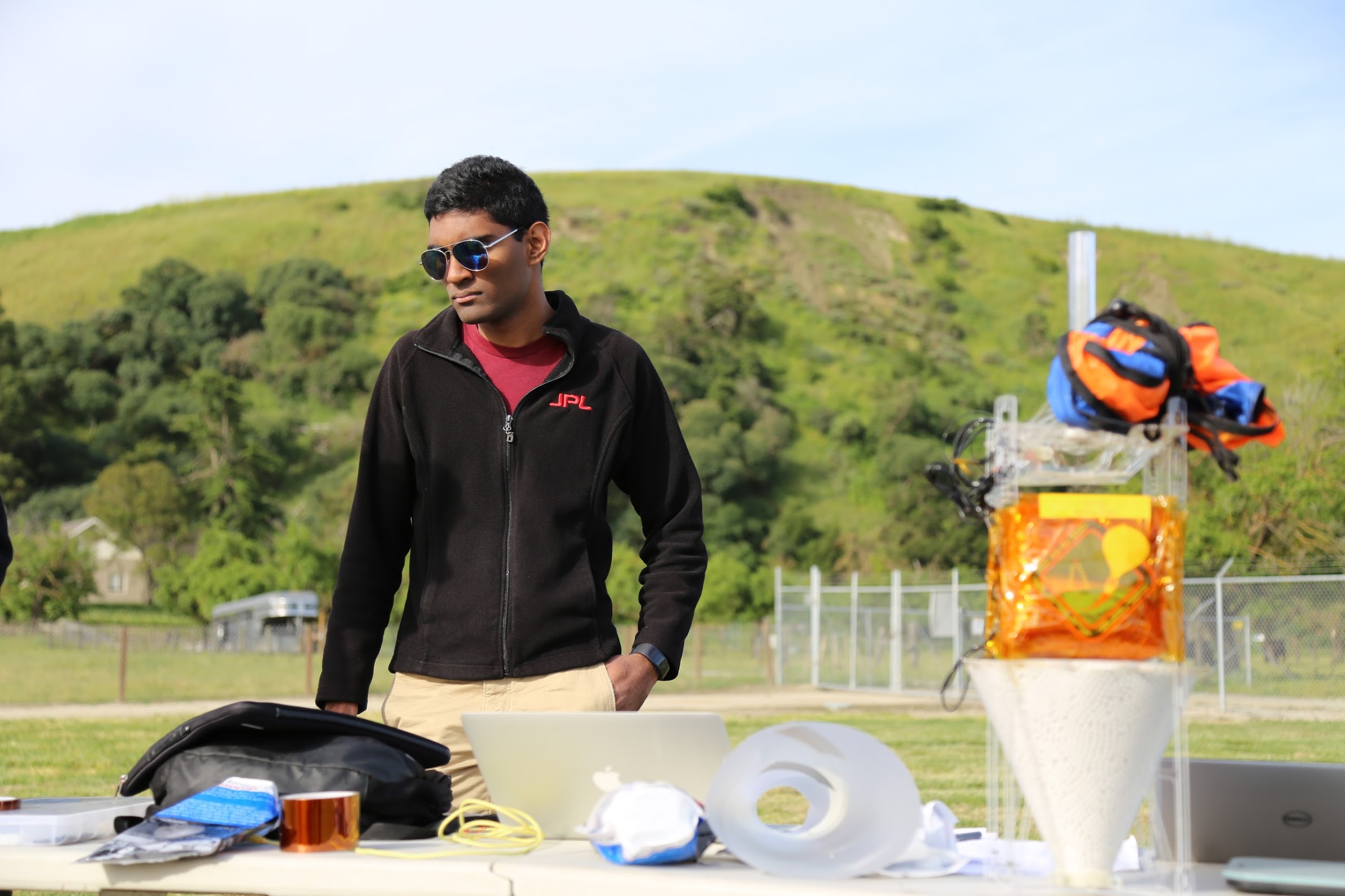 Balloon Team Co-lead Davy Ragland with ValBal Prior to Launch
We monitored ValBal over the course of several sleepless nights and cheered it on as it struggled through a rough storm in North Carolina. Eventually, it passed the point of no return and flew out over the Atlantic Ocean, becoming our second balloon payload ever to do so.

After just over 79 hours of flight, ValBal again broke the world record for the longest duration flight by a latex balloon.

As the days dragged on, ValBal began to run low on both power and ballast capacity, but neither of those ultimately ended the mission. After 3 days, 16 hours, and 40 minutes of flight, the balloon popped and ValBal proceeded to fall under the parachute for the descent, finally landing in the Atlantic Ocean half an hour later off the coast of Western Sahara.