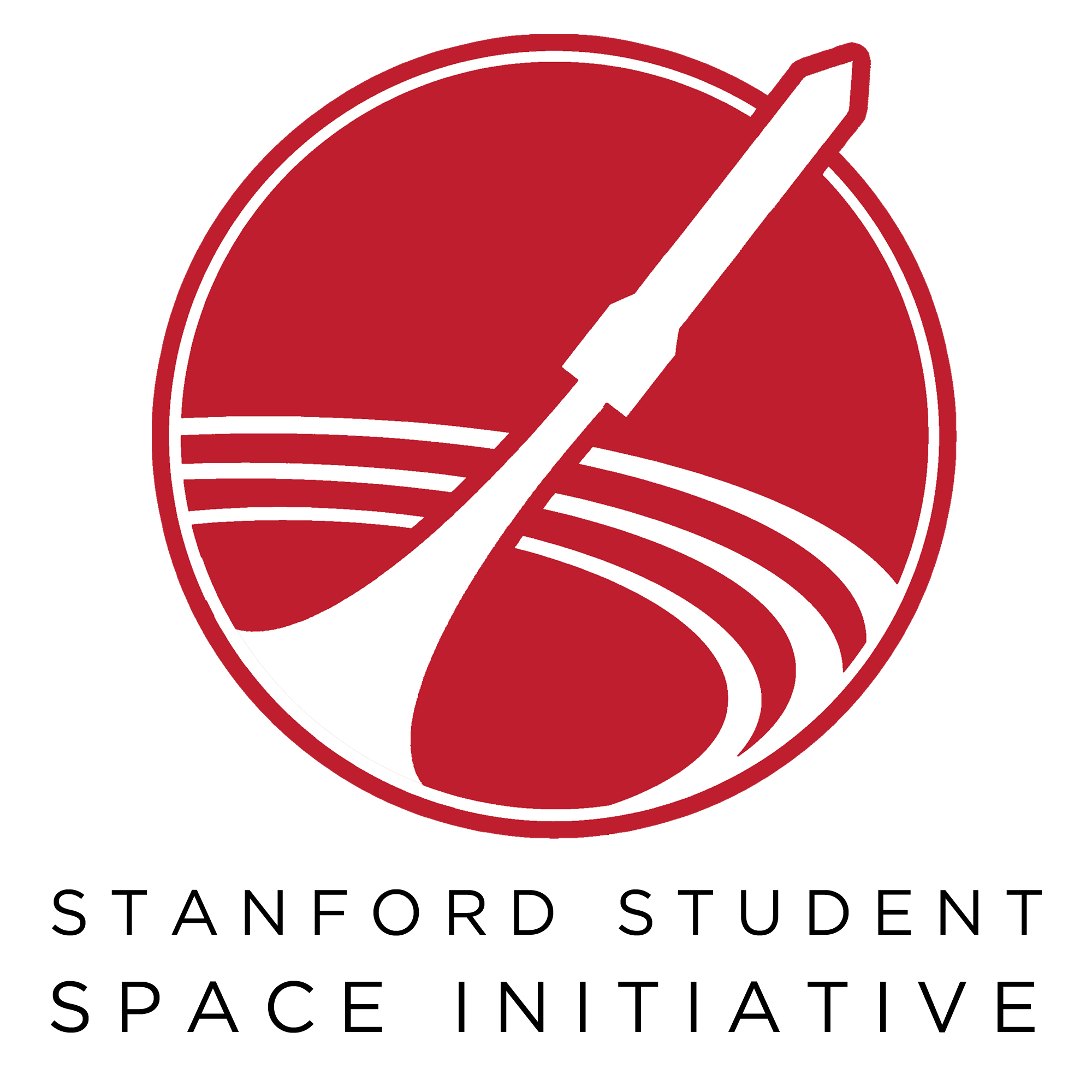 Want to get involved?

SSI is delighted to announce that we’ve won Best Design in the Global Space Balloon Challenge, an international high-altitude balloons challenge with more than 630 teams participating in 72 countries, using the design for our Project Cycloon system. The competition is designed to increase access to space and motivate people to take their first steps towards it with small-scale science payload launches, and rewards innovation and excellence in design.

The overarching aim of Project Cycloon is to leverage SSI’s expertise in balloon altitude control towards tropical cyclone research over the open ocean. Tropical cyclone energetics are of enormous interest to forecasters but remain poorly understood, in large part because detailed measurements on such energetics -- full dynamic wind and temperature profiles from surface level to the cloud tops -- are unattainable by current methods.

Project Cycloon has designed an aero-marine, low-cost balloon platform to obtain such profiles. We envision stationing dozens of such platforms in basins of development throughout a hurricane season and deploying them to systems of interest. Upon entry to a storm system, the platform will be carried along by the storms circulation, enabling passive data collection for the remainder of the platform’s lifetime, at a fraction of the cost of other survey systems.


The award-winning flight was launched at midnight from Pigeon Point Light Station State Historic Park in San Mateo, California. After completing its flight, it was last heard from southwest of Pont Buchon in San Luis Obispo Country, over 150 miles away from the deployment site. Having achieved this design goal through the competition, the Cycloon team is excited to continue to develop their technology so that it can start being deployed!

“5, 4, 3, 2, 1!” Members of the Student Space Initiative huddle in silence and trepidation, peering out at a bundle of tubes, pipes, and electrical connectors set up in the distance. For about a year, the engine test stand had been collecting dust and the test site had been silent. The team had stood down from firing their first liquid rocket and over the course of a year, developed a new prototype to eliminate the problems of the old. Multiple attempts at firing up this new engine had been thwarted by faulty pyrotechnics and electrical snafus. Now they watch and wait as the engine startup sequence unfolds, hoping for ignition. The engine roars to life, spewing flames, rocking the test stand, and sending out a rolling thunder across campus.


This was the first engine test witnessed by a couple of the observers, an awe-inspiring experience. The team was ecstatic – at last all of that hard work had been rewarded. However, the high spirits were quickly taken down a notch by a discovery of damage to the engine. The injector, the heart of the engine, was melted and scorched by the flames. The team had developed a new prototype, 3D printed from stainless steel. The very flames that power the engine, reaching about 4000°F, had consumed the outer wall of the injector itself, exposing the internal manifolds. This new design, created in partnership with Protolabs, a prototype manufacturing company, had pushed the limits of the hardware, cutting away unnecessary material and riding the edge of what was possible to print. The design would need further iteration.


With a few weeks left in the year, it looked like any hope of certifying the engine for flight was lost. However, one shot remained for the team. Buried in a box of old hardware was the green Inconel injector from the previous year, the “3D Systems injector,” named after the company that printed it. The chief designer of this part, James Kolano, had since graduated and went to work at SpaceX. Little did he know that his old part was about to be put to use again.
The part was a marvel of engineering for a student project. The students had worked with engineers at 3D Systems and their Design for Additive Manufacturing (DfAM) tools to craft a printable injector that, to a casual observer, resembled a circus tent. The structure resembled that of a cathedral, with sloped ceilings rising up from the injector face. A complicated pattern of colliding orifices shoots the propellant into the fires of the combustion chamber, releasing an incredible amount of power – about 1.5 MW or equivalent to the P-51 Mustang fighter plane – all within a 4” combustion chamber.


A key DfAM capability the team took advantage of with its 3D Systems fuel injector was parts count reduction: going from a product that would traditionally require multiple assembled components to a monolithic structure that requires no assembly. The student designer, James Kolano, says removing fasteners from the design not only helped the team lower final weight, but also helped remove known points of failure. In a non-3D printed design, the team would have had to make several parts and fasten them together with O-rings and bolts. Not only is this assembly typically difficult, but it is not always reliable. “O-rings notoriously have leaks,” says Kolano. “By using 3D printing we had a single part with no failure points.”
Beyond eliminating the need for fasteners, the team requested 3D Systems’ assistance in removing additional weight from a few internal cavities. 3D Systems’ application engineers incorporated internal lattice structures within the designated areas using 3DXpert®, an all-in-one software that covers the entire metal additive manufacturing process. In addition to this weight reduction, 3D Systems performed pre-printing operations to facilitate powder removal in post-processing, as well as a printability check using 3DXpert to ensure the part would build without complication.
The final part was printed on a 3D Systems ProX® DMP 320 metal printer in LaserForm® Ni718 (A), an oxidation and corrosion-resistant Inconel alloy. Once printed, 3D Systems’ team removed unused material from the part’s interior, heat-treated the part for stress relief, and removed the part from the build plate using wire Electrical Discharge Machining (EDM). The final part weighed 1.16 pounds (0.53 kg), quite a small amount in comparison to the 350 pounds of thrust it produced.


The part had performed fantastically the year prior, leading to the first successful firing of a student liquid rocket engine at Stanford University. But as the team’s second prototype firing revealed shortcomings in their new prototype injector’s design, all attention was turned yet again to “Old Reliable,” the 3D Systems injector.


On June 14th, 2019, the students of SSI pulled together one final effort to re-test their engine. Attempting a full-duration burn, all stakes were riding on this final test. Deep within the engine lie the 3D Systems injector, freshly oxygen-cleaned. When the engine fired up this second time, reports came in from across campus that SSI was “at it again” with their rocket testing. The engine eclipsed all previous power records of the team, coming in at an average sustained thrust of 310 pounds for a whopping ten seconds, enough to send SSI’s rocket past the student amateur altitude record. The 3D Systems injector, “Old Reliable,” endured the test completely unscathed.


“3D Systems’ guidance and design reviews were very helpful to the students, and I think the benefits worked both ways,” says Greg Zilliac, NASA Research Scientist and consulting professor in Stanford’s Department of Aeronautics and Astronautics. “I believe 3D Systems added to its knowledge of the concerns involved in manufacturing high temperature parts for aerospace applications, which are different from other applications. This project was a definite win-win on both ends.”

At SSI, a critical part of our work is making as many of our projects as possible ourselves. Whether we’re building an earth imaging CubeSat, a balloon-launched rocket, or a mars construction rover, we design our own circuit boards to make sure that every part of the electronics works exactly to our specifications, and so every one of our members can have an experience with the end-to-end design of electronics.


None of that would be possible, however, without our gracious sponsors at Bay Area Circuits, who provide us with the ability to actually manufacture the boards we design – even if we sometimes make mistakes in the process! This week, some of our members got the amazing chance to tour BAC’s factory and see some of the machinery and processes that allow them to produce enormous amounts of circuit boards on time and on schedule.


We got to see the entire process of board manufacture, starting with the heat pressing and chemical plating of the circuit panels. At BAC, a fully automated system is used to carry boards throughout the entire plating process!


The board manufacturing process is similarly automated, with machines of incredible precision that are used to stamp boards with hundreds or thousands of very precise holes, exactly to the design specification.

One of our personal favorite processes, though, was an extra service that BAC offers – a machine that automatically does continuity testing on the entire system using a robotic set of probes. Watching the continuity tester function was an incredible testament to how technology has made possible turn times that previously were absolutely impossible.


Thank you so much to our sponsors at Bay Area Circuits for the experience!

Launching a kiwi to near space

We had a fantastic time in GSBC this year launching a kiwi -- you can watch the video here: https://www.youtube.com/watch?v=xFXJCUFYrZ0.

You don’t need a huge budget or technical expertise to build something incredible. With the launch of SSI-82, we set out to demonstrate that space is within the reach of everybody. To us, the problem with most educational initiatives is that what they build is cool, but so complex as to be intimidating. That doesn’t serve the goal of education; the best way to become educated is to get hands-on experience by launching something, and in SSI-82 we tried to demonstrate that anybody can do just that.
The payload design was therefore kept as simple and low-tech as possible. It was primarily a styrofoam box. A hole was hollowed out with a plastic ruler -- no machining tools required! We stuck a GoPro in this hole, keeping it stable with a spare pencil we had lying around. To keep it warm in the freezing atmosphere, we didn’t go for fancy heaters, but instead just threw in a bag of water. With a fairly high heat capacity, this kept the payload interior right around 0ºC for the duration of the flight. Other than the GoPro and Spot GPS, the whole payload only cost a few bucks.

Payload interior
Of course, we also wanted to have something to keep it interesting, ideally something fun that would appeal to kids. We settled on a kiwi -- the fruit -- with googly eyes and a fake beak to look like a kiwi -- the bird. After all, what better way to encapsulate the space ballooning spirit than letting what was previously flightless fly? We want to show that even if you think you could never in a million years get into the sky, with high-altitude ballooning it really is possible.

Payload exterior
For a counterbalance, we again used a bag of water: cheap and adaptable. By adjusting the amount of water in it, we could set the angle at which the GoPro pointed. Arriving at the launch site, we filled the balloon, tossed a SPOT GPS into the payload box, and let it fly. There are lots of hard things in space, but getting involved doesn’t have to be.

You can watch our video here: https://www.youtube.com/watch?v=xFXJCUFYrZ0.

Looking Up: A force for the final frontier

In this latest edition of our Looking Up column, Troy Lawrence explores the Space Force in context, both historical and global.


Photo: A post-war American test launch of a reconstructed V-2 missile, courtesy of NASA and the US Army.